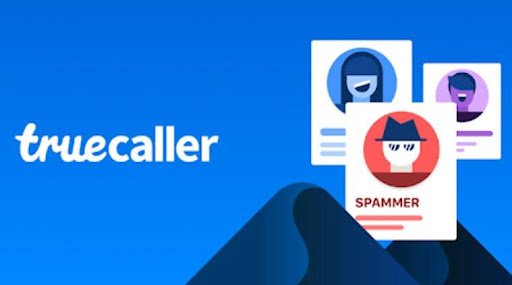 Have you ever had your phone ringing, but you can’t see the number or who it is on the other end? It can be extremely annoying, especially if the person is harassing you with constant calls and hanging up, or if lawyers are calling you about your outstanding debts.

I’ve had this issue one too many times before. So, I ended up hunting for the best caller ID app for my device.

There are so many choices on the market, including a few free and paid ones. I even managed to find some fake caller ID apps that pulled me out of a pickle. However, the main focus of this article is on the best caller ID app for Android and iPhone that will show you detailed information on who is trying to get hold of you or pranking your phone.

Here’s a quick breakdown of what I’ll cover:

What is the Best Caller ID App for Android?

Let me begin with the device I’m using, namely a Huawei P Smart 2022. Since I didn’t want to pay, I searched for a free caller ID app for Android first. There were a few around, but I managed to locate one that works well for me. I’ll recommend another two that you can take a look at for further reference.

I’ve grown quite fond of using Truecaller, as it does more than merely identify who’s calling. You can set it to automatically block telemarketers or anyone trying to spam your phone with endless ringing. It also organizes your SMS folder for you so you can separate business and personal messages.

Another feature I enjoyed is how easy the interface is to read and use. There’s a call history you can review, letting you see if you’ve missed anything important. The only downside is that I have to deal with adverts in the free version. So I decided to pay the monthly $2 premium to remove them and view other profiles.

While I didn’t opt for Mobile Number Locator, I was intrigued by some of its features. For instance, it recognizes numbers from several countries. Not only will you see who’s calling you, but you’ll receive the specific location from where they’re calling.

The app pulls up a map with a GPS coordinate. You can also insert a number, and it will perform a search for who it belongs to. However, there are known issues with the map not always working correctly, which is why I stayed with Truecaller.

While you’ll need to pay for True ID Caller Name, there’s a three-day free trial to see if it works for you. One aspect that caught my eye is that you can select from various themes. There’s also a contact widget you can add for quick access.

You can also set up recording of calls from specific numbers if you want to save any harassment discussions. The reason I chose Truecaller over this option is that there are too many complaints about the app not functioning properly on some devices. Also, you need to provide your credit card details when signing up for the trial.

What Is the Best Caller ID App for iPhone?

Even though I don’t own an iOS device, I have plenty of friends that do. After some discussions with them, I managed to create a shortlist of the best iPhone caller ID apps. I’ll highlight the most significant factors that stood out to me.

Most of my friends recommended Hiya as one of the best caller ID apps for iPhone. You’ll quickly receive valuable information on who’s calling you and where they’re located. There’s even a blacklist mode, preventing anyone from messaging or contacting you ever again.

Should a telemarketer call you somehow, you can make a report to Hiya so that it’s added to the database. It prevents them from contacting anyone else that has the caller ID installed. The top aspect of the app is that it’s free, and you won’t have to endure any adverts.

If you’re looking for a Truecaller clone for iPhone, then I recommend you look at Showcaller. It’s lightweight on storage, so you won’t have to worry about it taking up too much space. You’ll receive the standard call blocking and identifying features, while it also notifies you of spam messages.

Having said that, Showcaller has a smaller database than Truecaller. Some users have indicated that some spam calls have still managed to reach them, despite listing them on the database.

Another handy caller ID app is Me – Caller ID, which lets you search numbers to see who they belong to and block them. It works even if you don’t have the contact saved on your phone. If someone saves your number on their device, you’ll receive a notification to alert you.

The one downside is that you need to be connected to WiFi for the main features to work. My one friend uses both Truecaller and Me – Caller ID for a combination of functions.

What Is the Best Fake Caller ID App?

I decided to supplement this article with a short piece on the top fake caller ID apps. These applications are ideal if you’re stuck at a function or in a terrible conversation, and you need to break free. You can even pretend you’re friends with Chris Hemsworth if you think you can pull that off.

Since many people rate Fake Call & SMS as the best caller ID app for fake messages and calls, I decided to give it a shot. You can customize some of the details to make it seem more realistic, but there’s no call duration. It also lets you send SMSes to your false contacts just in case you need some more convincing.

With similar features, Fake Caller ID adds a large image of your supposed caller. It has a stunning interface, while you can also schedule the fake calls for a specific time. While there’s also a prank tool, I don’t think many friends will appreciate it. It will help if they have a sense of humor.

Designed to fake calls and also prank your friends, Number Fake Call ID goes the extra mile by adding a personal ringtone. There are various themes and layouts from which you can choose. It acts as a missed call if you don’t answer for 25 seconds, and you can decline it if you change your mind.

There’s no joy in answering calls from telemarketers or spammers, and some of us are too soft-hearted to hang up on them. Instead of sitting through an hour of wasting time or being harassed by someone, it’s best to download one of the best caller ID apps listed above. For now, I’m happy with Truecaller.