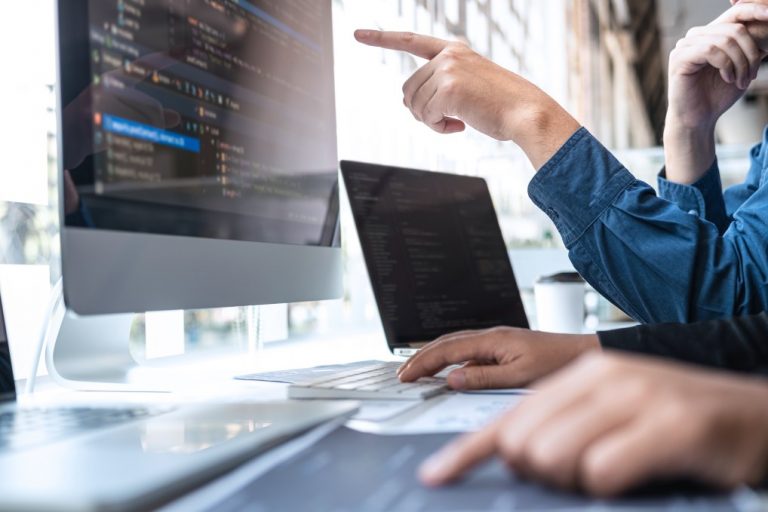 This is my comparison of Dreamhost vs. Bluehost.

There are many web hosting platforms available that promise you the world, as long as you’re willing to pay the price for the features. Wading through them can be challenging if you’re new to these platforms, and you want to make sure you get your money’s worth.

Bluehost and Dreamhost have been providing these services for many years, and they both have several comprehensive plans for beginners and experts. I take a look at what each of them has to offer to determine which service is better in the long run, especially if you plan to upscale.

Choosing between Bluehost or Dreamhost depends on what you’d like to see after you install the web hosting platform. For the most part, Dreamhost delivers in terms of performance, more security levels, and price. It’s also easier to upscale if your site grows bigger or you want to do more.

Bluehost is ideal for beginners, though. If you’re starting small, there’s sufficient storage and it matches the price of Dreamhost’s starter pack. It’s also easy to use, and the support team is quick to respond.

So, which is the victor in the Dreamhost vs Bluehost battle? Read more to find out!

Let me get into the heart of my Bluehost vs Dreamhost comparison. I check several features to see which one is the winner per section, helping me decide on the overall victor at the end.

No matter which web hosting platform you choose, it needs to be easy to use. I’m not only referring to developers, but also anyone who has never worked on websites before. It can be discouraging when the system is complicated to understand.

The Bluehost platform has cPanel hidden under the covers, which is ideal for anyone who has never dealt with web hosting before. Everything you need is neatly organized before your eyes, with explanations on how to use the tools. It also smoothens your journey through installation, WordPress site creation, and making backups.

When it comes to Dreamhost, it has its own control panel that will take some time for you to work out. There are guides you can use, while developers may find the platform easy to use. However, newbies will find a strong learning curve to bit through until they become used to all the features.

Winner for ease of use: Bluehost

When it comes to performance, you want your site’s pages to load quickly if you don’t want visitors to leave. It’s believed that 40% of traffic leaves if pages take longer than 3 seconds to load. While it’s not a golden rule, it’s something to measure against at least.

The average loading speed of Bluehost is about 3.21 seconds. There are many instances where it’s faster, and it lies on the 3-sec border. While I’m sure it’s not enough to send you visitors elsewhere, it’s not as fast as Dreamhost.

Speaking of which, Dreamhost comes in at about 2.35 seconds, while I’ve seen speeds of 1.5 seconds. As you can see, it’s much faster when compared to each other, which means your visitors won’t have to wait an extra second.

Sure, it doesn’t sound like a lot, but it does determine a winner when deciding on going with Bluehost or Dreamhost.

Running a website has so many dangers you may not be aware of at first. There are hackers out there who love to break into unprotected sites and then ask you to pay to have it back. Another issue is a denial of service attack, or they flood your traffic so that the site crashes.

Some of the security measures that Bluehost puts in place are HTTP2, SFTP, SSL, and SSH. If you pay a bit extra for SiteLock protection, it also offers defense against malware and checks the Google blacklist for any issues you should be aware of. These protocols are good enough for any beginner site with a small to medium audience.

While Dreamhost delivers the same security measures, it also adds PHP7 and HTTPS2 support. You can add a multi-level authentication platform, making it harder for someone to access the admin side of your site. You’ll also have an extra firewall in place, or you can pay $3 for DreamShield for malware protection.

It’s not hard to tell that Dreamhost is the better option here.

Another essential aspect of any web hosting package is that you receive support when you need it. You don’t want your site to crash or have errors for days on end, as that means you’ll miss out on traffic. So let’s see who wins when it comes to customer assistance: Bluehost or Dreamhost.

Bluehost is available any time of the year, 24/7/364, which is exceptional and ideal for anyone who is having problems with the hosting. You also need to keep in mind that sometimes you may want to add other services to the platform, such as emails and linked domain settings. You can call, email, or discuss these options via online chat.

While Dreamhost is also available throughout the year, you’ll need to stick to business hours. Also, you can only chat with an agent via the contact form or using the online chatbot. So the response may not be quite as fast when compared to Bluehost.

Most web hosting platforms offer various packages, and you’ll unlock more features the more you pay. There are usually started plans that are affordable, but you’ll end up with adverts promoting the other tools to convince you to upgrade. This practice is known as upselling.

If you look at the Dreamhost vs Bluehost rates, you’ll notice that they both have starter plans at $2.95 per month to reel you in. However, Bluehost has only a few features while offering more expensive plans for the tools you actually need. There are also too many adverts trying to convince you to upgrade.

Dreamhost, on the other hand, has two main plans available that are both limited to only one website. If you want unlimited sites, there’s a third option for a virtual private server. If you select one of these options, you’ll notice that there are sub-plans attached to them.

The Pro version of Bluehost is only slightly more expensive when the discount is applied, plus you get free Office 365 thrown in for 30 days. However, the standard price is almost double that of the Dreamhost option, which may make you reconsider. For this section, I’m going to go the way of Dreamhost for long-term affordability.

Winner of pricing and upselling: Dreamhost

When you’re starting a new site, the dream is that you can upscale to something bigger in time to come. It should never remain small or stagnant, as it means less traffic and potentially less income from revenue streams. Therefore, web hosting platforms should provide the freedom to upgrade.

It’s clear from Bluehost’s site that upscaling is available. They have the options of shared, dedicated, and VPS hosting, but you’ll need to upgrade if you want to shift from one to the other. Here again is where the upselling come in, with the system constantly advertising new features you’ll pay for.

Dreamhost also has the flexibility to move up, but all of the features are listed for the plans. You get the tools upfront, which means you don’t need to pay for any extras you don’t need. When you upgrade, it makes the process easier for you so that you don’t feel overwhelmed.

In this section of the Dreamhost vs Bluehost comparison, we pick the winner based on how easy it is to scale up.

If you’re planning on having a massive site with plenty of media saved on it, you’ll want decent storage space. Many plans indicate how much storage space you’ll receive, and you’ll either need to remove content or upgrade if you want to keep doing so.

When you start with the Bluehost basic plan, you’ll receive 50 GB of storage. Upgrade to any of the other plans, and it becomes unlimited. It means that you can grow your site as much as you want without worrying about space running out.

Dreamhost works differently. If you head into the DreamPress plans, you’ll notice that the basic plan starts with 30 GB of space and increases in cost as you ask for more. The shared hosting option gives you unlimited storage, no matter which plan you choose.

It’s challenging to pick a victor for this part of the Dreamhost vs Bluehost battle. It depends on where you start and what you’re aiming for. Since Bluehost is less complicated and ultimately gives you unlimited space for larger plans, I’ll use that as the basis for a winner.

Dreamhost vs Bluehost: The Winner

Overall, Dreamhost has the most victories in the sections I reviewed, making them the winner between the two web hosting platforms.

Of course, you need to take into consideration who they are best for. If you want top performance, speedy page loads, and scalability options, then Dreamhost is the way to go. If you’re only starting with a site for the first time and want to contact the support team as quickly as possible, I recommend Bluehost.

Here are the links to download your preferred platform:

How To Block & Unblock Someone On Cash App: Step-by-step