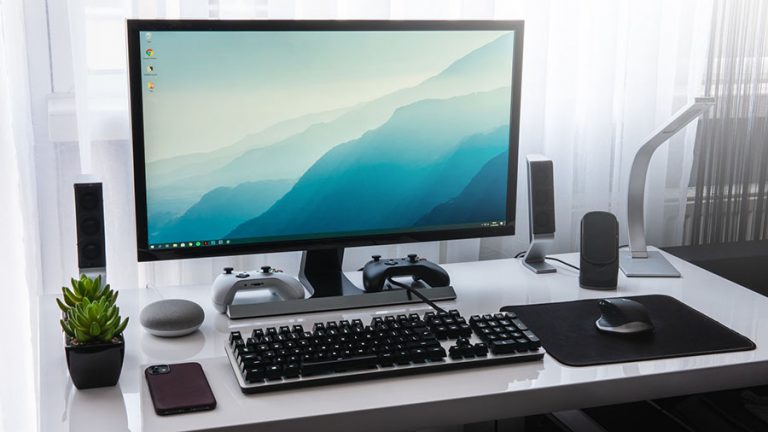 How do I uninstall VMware tools for Windows 10 and Linux?

VMware is an exceptional tool that allows for much easier use, configuration, and interaction with your virtual machines. It’s essential if you’re planning on doing a large amount of simultaneous communication between your primary and secondary devices.

If you’ve used VMware tools before and, for one reason or another, would like to remove it entirely from your system, then you’ve found the right article. I’m here to explain how to uninstall it, as well as a workaround for a manual uninstallation if you’re having errors with the standard uninstallation process.

This article will cover the following:

Chances are you already know what a virtual machine is, but just in case you don’t, I’ll give a quick refresher. If you’re up to speed on the ins and outs of virtual machines and how their software works, feel free to skip ahead to the next portion of this article.

Virtual machines are, at their core, a way to run a secondary virtual ‘device’ on your main computer. This allows you to run programs or even entirely different operating systems that aren’t a part of your primary device, all on your secondary device. Both devices are even able to run and function simultaneously with one another. And, using tools like VMware, the two ‘machines’ can even interact with one another.

This, of course, leads to the next question; what exactly is VMware? VMware is essentially your control panel for all other devices besides your primary one (yes, you can even have more than one secondary machine). Using VMware from your primary machine, you can configure settings, transfer data, and interact between the two devices simultaneously. It’s an extremely handy piece of software and is almost a necessity if you’re interested in virtual machines.

After singing VMware’s praises for the last section, why would anyone want to uninstall it? Well, there are plenty of reasons. Whether you’re done experimenting with virtual machines, found an alternative software, or are just looking to freshly reinstall it, you’ll need to completely uninstall the software.

Unfortunately, removing the software entirely can prove tricky for some users. This article aims to make the process as straightforward and intuitive as possible.

For the first uninstallation guide, I’ll show you how to remove VMware from your Linux device using the compiler. Like with most things with Linux, it’s a more manual process than something like Windows. However, it’s also much more thorough and less likely to cause errors when trying to remove the software from your system entirely.

First thing’s first, log in to your system. Once you’ve done that, you’ll want to open a terminal window.

You’ll want to make sure you’ve switched to the root user. You can do this by entering the command su – root and running it.

Now, manually run the VMware uninstallation script. If you’re uninstalling VMware Tools, you can do this by typing /usr/bin/vmware-uninstall-tools.pl and hitting enter.

Once the uninstaller is running, you’ll want to follow the prompts and instructions as they pop up.

After the uninstaller has removed VMware Tools, you’ll want to reboot your system.

Once your system has fully rebooted, the uninstallation process is complete. If your plan was to reinstall the software, this would be the point where you could start your fresh installation of VMware.

If you want to uninstall VMware for Linux without using the compiler, there are several other guides on its knowledge base here.

Many people use VMware tools for Windows 10 due to it being an easy-to-use control panel and because most people have Windows as their base operating system and use virtual machines to test out alternatives. If you’ve got VMware Player for Windows 10, then congratulations! You simultaneously have the easiest uninstallation process as well as the one that is somehow most likely to give an error.

Many Windows users experience errors during the uninstallation process, but don’t worry. After this section, we have an alternative removal method that prevents a majority of these errors.

(While this is specifically a guide to uninstall for Windows 10 users, the process is similar enough for Windows 8 and 7 that you should have no problem following along if you use either of these.)

First, open your Control Panel. Go to the Start menu, then find Settings and type Control Panel into the search bar.

Now, go to Programs, then Programs and Features.

Here you should see all of the installed software on your computer. Now, search for VMware Tools, VMware Player, or whatever VMware software you’re trying to remove.

Once you’ve selected your installed version of VMware, click Uninstall.

And just like that, the process is finished. Once your computer restarts, VMware should be completely removed from your device.

If you want alternative methods for uninstalling VMware or are looking to uninstall a different version of the software or from a different operating system, you can find plenty of other uninstallation guides here.

Having issues with the previous uninstallation method? Don’t worry, you wouldn’t be the first. For some reason, VMware doesn’t always play nice with Windows users, particularly when uninstalling or configuring. If you’re getting errors during the uninstallation wizard or aren’t able to run the wizard at all, you can follow these next steps as a workaround.

As before, this guide is specifically intended for Windows 10, but the process for other Windows operating systems should be similar enough to allow you to follow along.

If you’re suffering from errors such as an uninstall button being grayed out or error message pop-ups when trying to run the uninstaller, this workaround should fix these issues for you. Even without errors, this method should work as an alternative way to uninstall for Windows regardless. The process is as follows:

This time, rather than opening the start menu, right-click on Start. Select the option Command Prompt (Admin).

This should open up the old-style uninstall menu for the control panel.

Find the VMware tool you’re looking for. Once you find it in the list of programs, select it, and click Change.

A window should pop up. Find the option that says Uninstall and select it.

The uninstallation wizard should run properly now without errors. Once it prompts for a restart, click Yes.

After the reboot, VMware should be completely removed from your system. This is not the only alternative method out there, as there are plenty of different errors that require various uninstallation methods to work correctly. However, this method has been known to work for a large majority of errors that users have experienced when trying to uninstall VMware Workstation from their device.

For methods on how to uninstall the software on earlier versions of Windows, you can find several guides here.

Virtual machines can be tricky, but the software for them doesn’t have to be. While it may seem overwhelming at first, the installation, configuration, and uninstallation processes of any of these programs are about the same as any other.

It’s important to make sure that you don’t confuse yourself, however. Keep track of what version and type of VMware you’re using. Are wanting to uninstall VMWare Workstation 12? VMware Player? All of the different software offered by VMware will have different methods for their removal. I’ve gone over the most universal steps here, and any that don’t fit your version are covered in the guides linked in this article.

If you’ve followed these guides, VMware should be uninstalled from your device entirely! If your goal was to completely reinstall the software, you can now begin the process of a fresh installation.

How to Install Ubuntu in VMware: Easy Instructions