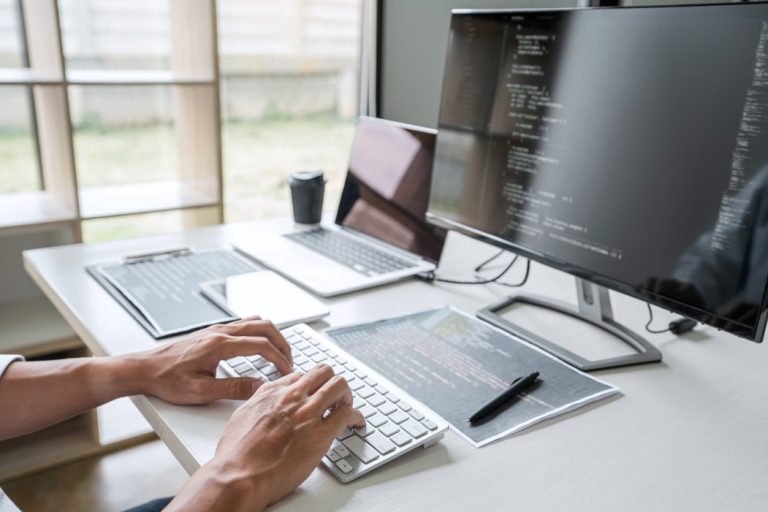 The battle of Postgres vs Oracle can be complex to understand. There are many things to consider when choosing the correct database management system.

However, it’s usually best to use one without the hassle, especially if you’re making web applications. We’ll break down the basics of PostgreSQL vs Oracle to help you make up your mind as you read along.

What Are Database Management Systems?

A database management system (DBMS) is software that allows you to create, edit, organize, and manage databases. It provides a way for you to organize your data to access it easily when you need it and in the format you want.

It’s more than just a database, though. It also allows you to run reports and extract useful information from your data to make informed decisions about how to move forward.

What Are the Differences Between Oracle and PostgreSQL?

Before you learn about the difference between PostgreSQL and Oracle, it’s essential to understand each database management system.

Oracle is one of the oldest and most popular relational database management systems. This means that it stores data in tables with rows and columns.

PostgreSQL is a relational database management system, and it was developed in 1986 to modernize the POSTGRES project.

PostgreSQL and Oracle are two of the most commonly used databases globally.

While PostgreSQL is traditionally an open-source, document-oriented platform, Oracle has been around longer. As you might expect, there are features of each that could appeal to your project.

For instance, if you need to take advantage of geographical data types, PostgreSQL has them, and Oracle doesn’t (yet). However, if you’re looking for built-in encryption, your best bet is Oracle.

If you’re into JSON (JavaScript Object Notation) data types and other modern database management tools that make it easy to manipulate large amounts of data quickly, then PostgreSQL would be a good fit. If your company is invested in analyzing structured data and generating reports, Oracle might be the way to go.

Both databases are great at handling large numbers of users at once. Still, when it comes to ease of use for developers who want to create new applications with their database technology, PostgreSQL wins out thanks to its strong community of supporters that write helpful libraries and extensions to make life easier.

When comparing the scalability of PostgreSQL vs Oracle SQL, there are many factors to consider.

Oracle is an enterprise-grade software product with a significant commitment from its developers and users. This is why it comes with robust capabilities for scaling. It can be scaled up to support more users by migrating to faster hardware and adding more servers.

It can also be scaled out by sharding databases and replicating data between databases. There are options for scaling vertically (upwards) and horizontally (outwards) with Oracle.

PostgreSQL’s scope is more limited, but the approach is similar. It can scale vertically by upgrading the hardware on which it’s installed. It can also be done horizontally by sharing databases and replicating data between them.

PostgreSQL is known for its stability and compatibility with many operating systems and platforms. It’s less likely to crash than MySQL or MariaDB, primarily because it doesn’t rely on third-party libraries or software. The PostgreSQL database offers a wide range of features. This includes indexing data structures that make it easy to handle large amounts of data in a short period.

Oracle is one of the most popular database management systems used by businesses worldwide. Since Oracle provides a complete support package for all customers, most users find it very reliable and stable.

This is true even during high traffic times or periods when there’s an influx of new visitors to the site.

PostgreSQL is an open-source database that supports a wide variety of functions and types of data. It can be used on almost any operating system. A few of its features include support for foreign keys, views, triggers, and subqueries. Its architecture allows it to run on both Unix and Windows systems and over a network. It even has support for inheritance between tables.

Oracle is a commercial database with several different editions available. It can store XML documents or relational data, or a combination of the two. It also offers valuable features like materialized views and partitioning (which allows you to divide large tables into smaller pieces). Oracle’s architecture allows for it to be used with Real Application Clusters (RACs). This would enable users to access one database from multiple servers at once.

PostgreSQL is generally considered better than Oracle. This is because it implements more of the SQL standard than Oracle does in terms of SQL compliance.

The backup and recovery tools available with PostgreSQL provide reasonable control over what to backup, how to schedule backups, and where to store the backups. There are two ways for backing up a PostgreSQL database:

pg_dump is a utility for backing up a local database. It dumps a database as a text file or to other formats. The text format generates .sql files, which contain SQL commands that can be used to restore the database.

pg_basebackup is an open-source utility for taking physical backups of PostgreSQL databases. It works similar to hot backups in Oracle databases. It creates a physical copy of the existing data directory of the cluster when it backs it up.

Restoring a PostgreSQL database is easy using the pg_restore command-line tool or the psql command directly from the terminal window. This is the biggest difference between Oracle and PostgreSQL.

When deciding on the Oracle vs PostgreSQL performance, the decision can be tricky.

PostgreSQL is an open-source relational database management system (RDBMS) that makes it easier for government-based projects to access data.

It uses SQL queries, which are a common language for querying databases. PostgreSQL has been an incredibly reliable, secure, and fast database for many years. However, since it’s open-source, you’ll have to handle your installation and administration if you don’t have a technical team to help out.

Oracle is also an RDBMS that was created as a commercial solution. It’ll cost you money but comes with plenty of support and tools to manage your databases without requiring a technical background.The biggest difference between Postgres and Oracle is their ability to scale up; if your company grows, Oracle can scale along with it, which means less work for you if you decide to stick with them over time.

SAP vs Oracle: Which ERP Software to Choose in 2022?

2 thoughts on “Oracle vs PostgreSQL: Comprehensive Comparison in 2022”