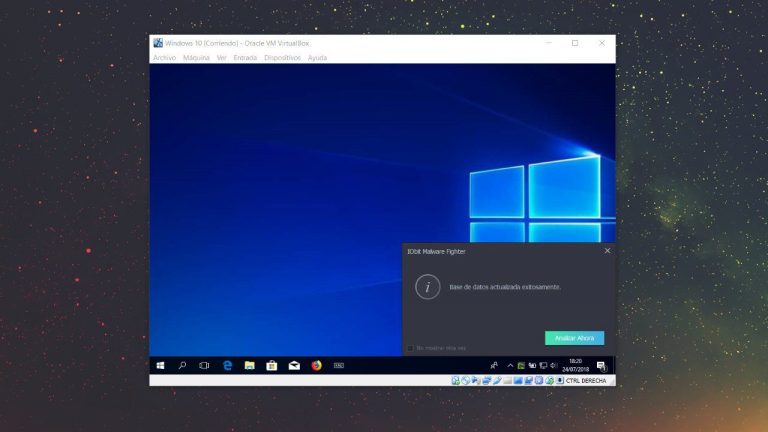 This is my comparison of Parallels Desktop vs VMware Fusion.

Virtual machines (VMs) and virtualization have been around for a while. However, how these systems work has improved a lot over the years. It’s never been easier to set up a VM on your existing PC and operating system. This is very useful if you want to try out another operating system (OS) or need a different OS to test applications and programs.

In this article, I’ll be comparing these two popular hypervisors to see which one is best between VMware Fusion or Parallels Desktop. I will be comparing the different features each offers, such as performance, ease of use and more. Both are available to install on MacOS computers.

A VM lets you run another OS on your existing PC.

After testing out Parallels vs VMware extensively, it soon became clear that Parallels Desktop edged out VMware Fusion ever so slightly. When it comes to overall performance, Parallels is simply faster than VMware.

However, your decision between VMware / Parallels depends on what you want to use the VM for. This will have an impact on which hypervisor will suit you best.

You will need to buy the software before using these products. There are free hypervisors such as Virtual Box. However, if you consider the advanced features that come with these two options, it is worthwhile to get premium software. You will especially need these additional features if you are a software or app developer. Parallels is slightly more expensive considering that you have to pay every year, whereas VMware Fusion requires a one-time payment.

So, in the end, which one is better: Parallels or VMware? Let’s compare them to find out.

In order to provide an accurate comparison of these powerful hypervisors, I compared their individual features. This gave me a better understanding of each program’s strengths and weaknesses.

The performance of VMware Fusion vs Parallels Desktop is one of the most important factors to consider. There is nothing worse than trying to work on a slow computer that is continually lagging. The same applies to working on a VM.

During testing, I set up both programs with the exact specifications and resources allocated. For this test, I allocated four processors and 8GB RAM to each VM.

This difference in performance speed is also not only evident when booting up or shutting down the program. I noticed significant differences in speed when using other apps on the VM. This includes opening up the browser, starting a new program and even taking critical snapshots. With all these functions, Parallels was notably faster than VMware Fusion.

When it comes to making things easy, both hypervisors did an excellent job. Beginning with the installation, you are guided through the entire process. This makes it very easy for users who are unfamiliar with VMs to set up.

Although both platforms are simple and easy to use, the way that Parallels Desktop guides you through setting up your new VM is slightly better than VMware. This guide means you can have your new VM set up in under half an hour without having to adjust any settings.

For a more general day-to-day use, the added speed of Parallels makes it a great VM if you are using relatively basic programs and apps, such as browsers, email and Microsoft Office programs.

However, if you develop many server-side applications, then using VMware might be the better option for you as it integrates with ESXi easily. Although not impossible, Parallels Desktop is more difficult to integrate into ESXi.

Winner for ease of use: Parallels Desktop

For most of us, the cost is another crucial factor to consider. You don’t want to spend a lot of money on a program that doesn’t have all the features you need or work the way you want it to. As such, I also compared the cost of VMware vs Parallels.

Parallels has recently changed to a subscription service where you need to pay a yearly subscription fee to get the license for the program. The standard license for home and student use, which was the version used in my tests, costs $79.99 / year. The pro and business editions of Parallels are $99.99 / year. There is a 14-day free trial available so that you can try out the program to see if it suits your needs.

On the other hand, VMware Fusion only has a one-time fee. Although it is slightly more expensive than the Parallels subscription fee, once you have the license, it is yours forever. VMware Fusion 12 Player costs one payment of $149.00. There is also the pro version for $199.00, and the pro version that includes support will cost $241.00. VMware Fusion also offers a 30-day free trial to test out the hypervisor.

However, out of the two, VMware Fusion is the only one that offers a free basic version for personal use. Although I didn’t use it in my testing, it can be a good option for those who only need the bare basics when it comes to a VM.

While both apps can run a range of programs from within the VM without problems, the difference in performance between Parallels vs VMware Fusion becomes apparent once more. Programs on the Parallels VM consistently started up faster.

VMware has a handy feature called Unity. This feature comes with all of VMware’s desktop virtualization products. It allows the user to display applications from the VM on the host desktop. So if you have a Mac computer with a Windows VM installed through VMware, you can use the unity feature to run Windows-specific apps, such as Microsoft Office, straight from your MacOS desktop. This means you don’t have to switch between the two desktops.

There are a few restrictions to Unity. For example, it can only be used on VMs that are Linux, Windows 2000 and newer operating systems. It cannot run on a VM older than these. Also, Unity mode is unavailable for remote VMs, and cannot be used in fullscreen mode on Windows.

Parallels has a similar feature they call Coherence. With Coherence, you can use both Mac and Windows (or whichever OS you have as your VM) programs simultaneously from your Mac desktop.

Support availability is also important. If you have problems with a program, especially one that you paid good money for, someone should be able to assist you and solve the problem.

Parallels includes support with its subscription. You can reach the support team easily via email or the chat function on the website. Alternatively, they also have a call line you could use, but this may incur further costs. I found the chat option on the website very convenient and easy to use.

On the other hand, VMware Fusion does not include support. If you need help, it will come at an extra cost to you. The support offered is mainly designed for large companies and may not be affordable for individuals or small businesses.

How Are Parallels and VMware Different from Each Other?

Parallels vs VMware: The Winner

Which is better: VMware or Parallels? Between Parallels vs VMware, it is apparent that Parallels is the better option between the two hypervisors.

Despite being the more expensive option, Parallels definitely performs better and runs much smoother than VMware. It is also lower on system resources, which I appreciated as it makes switching between platforms much less of a headache.

However, VMware has been around for longer and has built a loyal client base, especially among back-end developers. VMware’s reliability makes it a popular choice for many developers.

Here are the links you can use to download your preferred app:

How to install VMware Tools for different operating systems