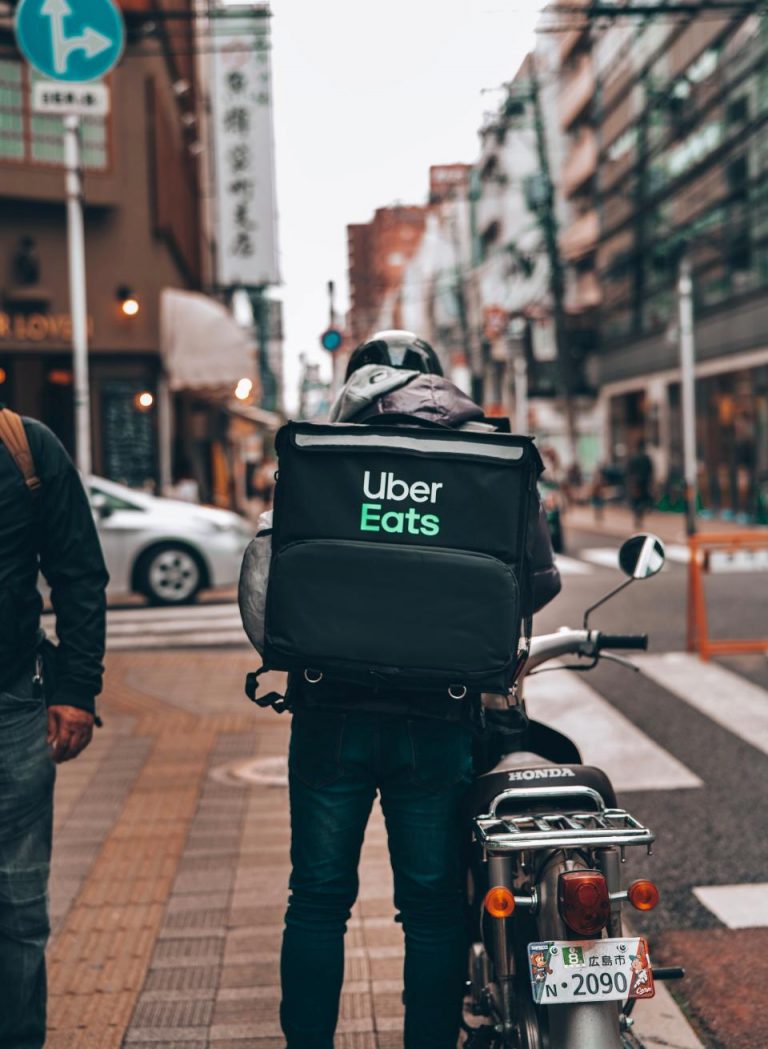 Uber Eats has taken the world by storm as an innovative way to get your favorite foods delivered to your door with the press of a button. Despite its vast new popularity, many are still unclear on some things about the app, such as the appropriate amount to tip your driver, as well as how to even do so in the first place.

The following article on Uber Eats tips will cover:

Starting out in 2014, Uber Eats was an offshoot service of the globally-used Uber app. This app allows people anywhere to find a private ride from an Uber driver with a single button press. With the app’s success, Uber decided to branch out to new services.

Uber Eats is one of the most innovative and direct services for food delivery out there. It has allowed the world to enjoy the luxury of having any food around them delivered to their door. With Uber Eats, that feeling of “what am I even going to make for dinner?” is alleviated.

But how does it actually work? When you order through Uber Eats, the first thing you’ll need to do is download the app. Once you order something from the Uber Eats menu (which includes plenty of different restaurants around your area), you will confirm your order.

Once confirmed, any active drivers in the area will be notified of the order. When a driver accepts the order, they’ll head to the restaurant, pick it up, and bring it your way.

Once it arrives, all you need to do is pick up your order from the driver. The payment should have been handled prior through the app already. And voila, just like that, you (hopefully) got some food delivered right to your door in record time!

How to Tip Your Driver

There are three different ways that you can tip your driver through the Uber Eats app. You can either add the tip during the order, right after the order has been delivered, or up to 90 days afterward using your order history. We’ll go over the process with each one.

To add a tip while you’re placing the order, follow the order process normally until you reach Review & Pay.

Tap Add a Tip, and select the tip amount or percentage, or tap Other to enter an amount manually.

If you’d like to add an Uber Eats tip after the order has arrived, simply wait until you are prompted to rate your experience. Here, you’ll be allowed to add a tip if you so choose. Be wary that, unlike making a tip during the order, this tip amount can’t be changed after it’s confirmed.

If you’d like to add a tip at any point afterward, you can do so through your order history up to 90 days after the delivery.To do this, go to the Uber Eats app, and tap on Orders in the bottom menu. Then, select the order whose driver you’d like to tip. Tap on Add Tip, and select the amount that you’d like to give. Same as the previous method, beware that you can’t change this amount once you’ve confirmed.

How Much to Tip Uber Eats Drivers?

There are many different ways that users of Uber Eats have taken to calculate what a reasonable tip should be. Predominantly, many seem to have taken to three acceptable methods of calculating a respectable tip amount; by distance, by order size, or by a hard number. Below, we’ll quickly summarize the accepted amounts for each of those methods.

Since the primary factor of time and effort for a driver’s delivery is the distance, many believe that it’s the factor that should determine the tip amount for an order. The actual rate for how much to tip Uber Eats per mile varies from person to person, but it’s widely accepted to be around $1.50 per mile. And for longer journeys, a slightly higher rate is usually appreciated by your driver.

If it seems like a hassle to calculate the miles that your driver is traveling for your order, you can always just rely on the common practice of calculating the tip based on your order itself. The tip can just be a percentage of the price of the actual order.

The industry-standard rate for restaurants is about 15-20%, with Uber Eats recommending 18% as their average. However, many don’t prefer to tip by the order size, since the job of the driver isn’t necessarily made easier/harder by the order total. The work on the driver’s part is more reliant on how far they’ll be driving. Regardless, this method is definitely easier to calculate.

And then, of course, there’s simply paying a set amount. Why calculate a percentile or rate when you can just give your driver a respectable chunk of change instead? People use their own intuition to determine the amount for this method, with their set amount ranging anywhere from a $1 minimum all the way up to a standard $20 for the effort and anywhere in between.

This is, of course, the method that is the easiest to calculate since there’s no real calculating going on at all. It just comes down to the judgment of “how much do I feel like I should tip this person?”

At the end of the day, an Uber Eats driver is a hard-working employee, the same as any other. No matter the amount, they’ll always appreciate your business, and they’ll certainly appreciate a tip.

Whether it be by the rate, by the order, or by your own judgment, a tip is a tip all the same. No matter what the receipt comes out to, it’s always nice to leave a little extra for a kind smile.

Do you tip Uber Eats drivers? Feel free to let us know your thoughts.

Digitalocean vs Vultr: Which Is A Better Fit For You?

Zazzle vs Redbubble: Which Is Better For You?

1 thought on “A Guide On Uber Eats Tips: Should You Tip & How Much?”