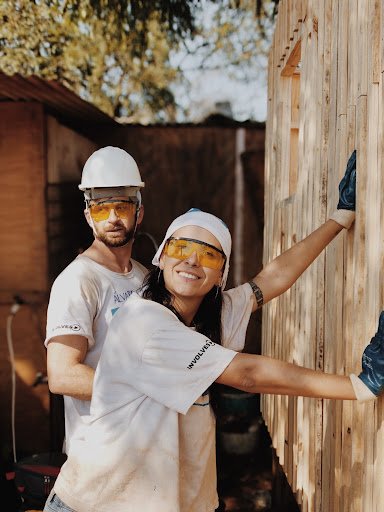 Have you ever wanted to put something on the wall, but you’re unsure whether there is a wiring or metal studs behind the panel? Can you imagine hammering a nail into the wall and hitting electrical wiring? Or perhaps you’ve lost your car keys once again? These problems can be very annoying and sometimes even dangerous.

I’m notorious for randomly deciding to put up art. I would grab a hammer and start hammering away at a panel at the spur of the moment. I never think to check what may be behind the wall.

The best stud finder app is the solution to this problem. It allows you to quickly scan the area to see any metal, electrical or other types of studs behind the wall. Some of these apps can even help you find lost metal items like car or house keys.

Let’s take a quick look at what we will be covering in this article:

There are quite a few stud finder apps available for both Android and iOS devices. The problem, however, is knowing which are the best ones to use.

To determine this, I considered a few aspects of the apps before making my decisions. I took into account what they cost, the accuracy of the app, the usability, and what features are included. I’m happy to share my findings with you, so you can make an informed decision when looking for the best stud finder app.

What is the Best Stud Finder App Overall?

I found that the best stud finder on the market is Walabot DIY Stud Finder.

The Walabot DIY Stud Finder is available on both Android and iOS operating systems. It’s well designed and will help you find a wide range of metal items behind your walls. This app can find studs, electric cabling, pipes, and more. It can detect objects behind wet or dry walls to a depth of 10 cm, which I found very impressive. Some users even consider it the best professional stud finder that’s free to use.

What is the Best Stud Finder App on Android?

There are two great options for the best stud finder app on Android.

In my opinion, the top stud finder Android app is Stud Finder. This app reliably identifies wires, pipes, studs, and other metal objects hidden behind your walls. It also uses electromagnetic force to improve the effectiveness of detecting metal.

This feature also makes it the best electronic stud finder.

Stud Finder App: Stud Detector Metal is another contender for the best stud finder apps for Android. It’s fully equipped to detect metal within your walls. This includes nails, wires, pins, and screws. The app is also not limited to only smartphones, but can also work on tablets.

What is the Best Stud Finder App for iPhone?

There are two great options for the best stud finder app for iPhone.

Our second favorite iOS stud finder app is Metal Detector Pro. This is one of the newest stud finder apps to hit the app store. It’s an improvement on the original Metal Detector, which was already a solid app, to begin with. This option is versatile as it works on both smartphones and tablets. This stud finder best uses electromagnetic fields on iOS devices.

If you’re looking at downloading the best cheap stud finder, there are a few things you should bear in mind before making a decision. The first is to make sure that you check the requirements needed to run the app on your device properly.

Another consideration is to check the best stud finder reviews to find out what other users have experienced.

In my opinion, you really can’t go wrong with Walabot DIY Stud Finder. When it comes to accuracy and features, this one is the best rated stud finder. It’s also available on Android and iOS and is free to use.

Why not download the app on Android or iOS now and give it a try for yourself?

Lucky Money App Review: How I Did (Not) Earn Rewards